Back to Basics: What does it mean for God to be with us?

We always hear that Jesus Christ is Immanuel, God with us. With everything that’s happening around us, how can God being with us give you and me tangible hope this season? 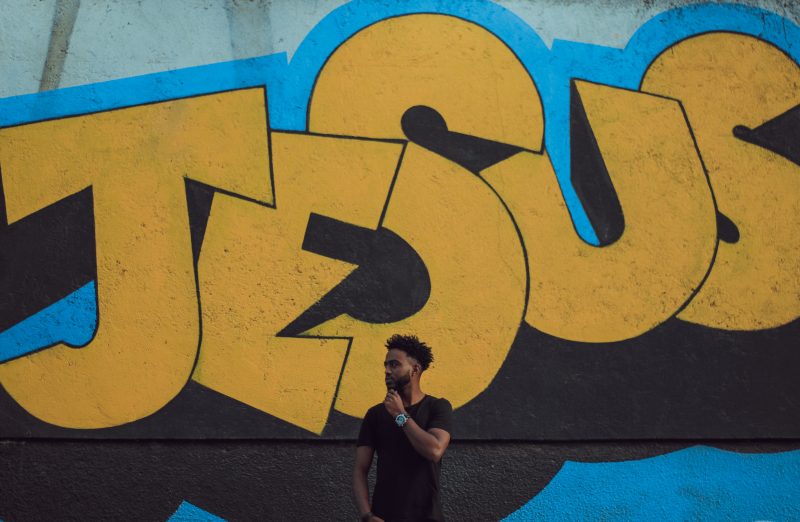 The idea of Immanuel, God with us, has been something that I’ve largely overlooked. I knew it was another name for Jesus Christ, but I didn’t like it was something significant to me. That is, until the pandemic happened. Suddenly, God’s promised presence through Jesus Christ became the source of much needed hope.

One of the primary questions I had when I was a young Christian was why Jesus had to come as a helpless baby. After all, He could have appeared as a man, done His ministry, and died on the Cross to save us without having to go through the added hardships of infancy to adolescence. But just as lab experiments are tangible proof of a concept or theory, Jesus Christ becoming man, from infancy to death, is the greatest tangible proof of God’s existence, presence, and love. He was no longer a concept or idea or even a remote divine Being. We are assured that He truly understands what it is to be human—with all our limitations and fallibility.

However, the birth of Jesus Christ was simply the highlight of an entire narrative that actually proves God has been with us since the beginning of time.

Even when the earth was formless and void, God was already there. The Holy Spirit was already hovering over the surface of the waters. What this assures us of is that God permeates His entire creation, even in the darkness.

In Genesis 3, when Adam and Eve fell into sin, God did not abandon them. He could have. After all, because of their sin, they could have not withstood His holy presence and died on the spot. But He looked for them, atoned for their sin with the blood of an innocent animal, and clothed their nakedness with its skin. Even when He banished them from the garden of Eden, it was with a promise that sin and the devil do not have the final say.

What a great promise for you and me! That even in the depths of the darkness of our soul and our minds, God is committed to offer the gift of His presence. He does not abandon or neglect His promise. He assures us that darkness does not have the final say.

2. IN INJUSTICE AND OPPRESSION

In the midst of the Israelites’ slavery in Egypt, God assured Moses in Exodus 3 that He heard the cries of His people, that He had been watching them closely, and that He will rescue them from the oppression they experienced in the hands of Pharaoh. And indeed, with miracle after miracle, He staged one of the greatest rescues of an entire nation in the history of the world.

What great comfort for those who are struggling in an oppressive environment or for those experiencing injustice! God is with you. He has heard your cry and is watching over you closely. He is assuring you that injustice and oppression will not have victory in your life.

3. IN THE WILDERNESS AND THE WAITING

It wasn’t a bed of roses for the Israelites after God rescued them from Egypt. For forty years, they went through a season of waiting in the wilderness—waiting for God to lead them into the Promised Land. Yet, despite the challenges and difficulties of the wilderness and despite the agony of waiting, God was their pillar of cloud by day and their pillar of fire by night. Never did He abandon them even in their most rebellious moments.

In the same way, God sees our struggles in the waiting and in the wilderness. But He is committed to be with us and to go ahead of us in this journey of life, whether in the wilderness or in the promised land.

‍4. IN SUCCESS AND PROSPERITY

In the reign of King Solomon, the nation of Israel finally built a temple for God—a sure sign of success and prosperity for God’s people. And God honored their sacrifice in building the temple by gracing it with His Presence. Yet, the irony is that this was the very time when the people of God deliberately rebelled and turned away from His presence, obsessed with trappings of worldly pleasures.

In the same way, God is with us and desires for us to fellowship with Him in the midst of our highest moments. Yet it can be so easy to be captivated by good things. They can be a snare to us if we’re not careful to intentionally walk with God and keep a humble and contrite heart before Him.

‍5. IN REDEMPTION AND SALVATION

The birth of Jesus Christ is the highlight of the narrative that God has been with us from the beginning of time to eternity. His birth was the fulfillment of God’s promise that He heard His people’s cries, that He has been watching closely even as He kept silent, and that He has a plan for the redemption and salvation of mankind.

We have tangible hope in Him, not just because He showed power through His miracles, but because He demonstrated that God wants to be known.

6. IN OUR PURPOSE AND MISSION

Christ’s calling for us as His church is not simply for us to enjoy His presence together. Yes, He is with us as we take time to fellowship with Him, in prayer, in worship, and in meditating on His word. Yes, He is with us as we break bread with each other and study the word together. But more than that, the Church is called to send out the message to every tribe and every nation that God is with us in Jesus Christ!

May we not miss out on the joy it brings to be His hands and feet to those who feel alone, forgotten, and rejected.

Because of the resurrection of Jesus Christ, we know that we will be likewise raised from physical death to be with God for eternity. That is why death is not the end for us. It is merely the beginning of fully knowing God without the barriers of our sinful nature.

From the beginning of time, God’s presence permeates and prevails.

It is our reminder and our hope that life in the present is not all there is. We have more than enough reason to celebrate Immanuel, God with us, whatever circumstance we may face today.