Spiritual Leadership in Times of Crisis

Now more than ever, we need to be anchored in our relationship with God, our leaders, and the next generation. When I think of leaders who performed well in times of crisis, Joshua comes to mind as one of my favorites. From giving a positive report during the initial scouting of the Promised Land until the moment when the walls of Jericho were falling apart, he showed grace, decisiveness, and complete trust in God.

It is my hope that we, too, will emerge as good leaders in our families, church communities, campuses, neighborhoods, and spheres of influence, especially in these uncertain times. While leadership doesn’t happen overnight, our situation right now gives us a prime opportunity to step up to the plate. Joshua’s life provides us insight on how we can grow as leaders today.

Multigenerational leadership is always a win.

Joshua learned how to lead with Moses. He did not usurp authority nor demand it. Joshua became wise because he was with Moses. Deuteronomy 34:9 says, “And Joshua the son of Nun was full of the spirit of wisdom, for Moses had laid his hands on him.” I hope we all have more mature men and women speaking into our lives, especially during seasons of trials.

Joshua also knew how to lead with his peer, Caleb. When they were sent on a mission to survey the Promised Land, Joshua supported Caleb as he tried to silence the unbelief of the other spies (Numbers 13). Decades later, we see Caleb respecting Joshua’s leadership as they conquered other lands (Joshua 14). I pray we’ll all have lasting friendships that remain missional until the end.

Are we just depending on our own wisdom or are we involving the wisdom of others who have a greater wealth of experience? Are we listening to what our friends are telling us?

Joshua listened to God and His instructions. Even before God gave him the most absurd military strategy to overcome the great wall of Jericho, Joshua already longed for the presence of God. At one point, Joshua stayed longer in the presence of God, even when Moses had left the Tent of Meeting (Exodus 33:11). It shows that it’s never just about the people you are following. It’s mainly about our relationship with God.

The time came when Israel entered a make-or-break situation. The great man who led them, Moses, had died but they were still in the wilderness, on the verge of facing their strongest enemy yet. Joshua heard from the Lord. God spurred him to be strong and courageous—much like how some of you are also being encouraged at this moment. When God handed down the strategy on how they would overcome—that is by marching around the wall of Jericho seven times—Joshua believed wholeheartedly and, with all decisiveness, commanded the troops to do exactly as God said.

More than experience, informative books, and good advice, let our leadership be a product of our relationship with God and let our confidence come from His Word. May we make concrete decisions when needed, knowing that the God who saved us by His grace is with us.

Are we easily rattled by uncertainties? Where do we get our confidence in deciding on important matters? Maximize this time to dwell in the presence of God.

Consider the next generation.

Have you ever had Instagram posts that you deleted because you are now in a leadership role? If yes, perhaps the reason you removed those posts is because you want to be an example worth following. This is one of the burdens of leadership—others, especially the next generation, are watching.

Toward the end of Joshua’s reign, he made a firm statement while revisiting the covenant: He and his household will continue to serve God (Joshua 24:15). One can argue that he was not successful in passing his faith to the next generation because of the events in the book of Judges. However, Joshua carefully considered the next generation by stating the possible consequences they could encounter if they do not follow God.

I am believing that this pandemic will soon end, but as we hope and pray for God to bring it to an end, may this time bring out the best of our God-given gift of spiritual leadership. May we honor God and may more disciples of Jesus rise up. 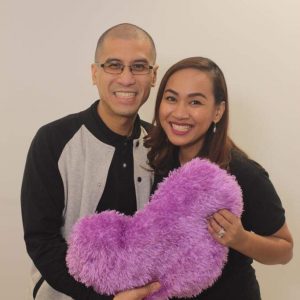 CJ is the senior pastor of Victory U-Belt, the first local church of Victory, which is surrounded by universities. He has been in campus ministry most of his adult life and has raised leaders in different sectors of society. An amazing leader, family man, and follower of Jesus, CJ is basically like the grandfather of ENC.