What Does it Mean to Advance God’s Kingdom?

We always hear this: “Christians are called to advance God’s kingdom.” But what is the kingdom of God? How does advancing it look like? God’s kingdom is the rule and reign of God—a truth that can change any life, if understood fully and embraced daily.

This truth is so vital that when Jesus taught His disciples to pray, He first told them to pray for God’s kingdom to come (Matthew 6:10).

However, the truth about God’s kingdom cannot be easily grasped by our finite minds. In fact, many people during the time of Jesus misunderstood His message even while they were already sitting so close to Him.

Whenever we hear the word “kingdom,” we often associate it with earthly power that is measured in terms of territory, riches, servants, and military rule. No wonder human beings have been trying to build their own kingdom here on earth as a source of security and worth in this fallen world.

Since the time of Babel in Genesis 11 up to our present time, humanity has been so determined to build this sand castle of a kingdom, which always horribly ends in heartbreaks, disappointments, and despair.

“The Spirit of the Lord is upon me,
because he has anointed me to proclaim good news to the poor.
He has sent me to proclaim liberty to the captives
and recovering of sight to the blind,
to set at liberty those who are oppressed,
to proclaim the year of the Lord’s favor.”
Luke 4:18–19

The God of heaven did not just stand idly by and watch His people being harassed, feeling helpless, and wandering around without a shepherd. He had to personally come and proclaim the Good News Himself—that His glorious kingdom is at hand and is open for us!

The coming of God’s kingdom is a comforting truth to those who trust in Him, but it is also a stern warning to those who are building their own kingdoms.

I remember how I lived my life before I understood what God’s kingdom is about. I remember all of my efforts in building my own kingdom. I was full of pride, thinking that if I work hard enough, I’ll be my own king and I’ll set my own rules.

Soon enough, my efforts started failing, one after another. Weariness kicked in, the pressure kept rising, and the weight of my own world started crushing me from the inside out.

It was obvious. I am not a king. I am not sovereign. I needed a King who is greater and stronger. I longed for a Kingdom that’s better than my fairytale fantasies.

I need Jesus—not just as my Savior, but as my King.

Jesus is the King we all need.

We might not openly admit it, or it might not always be obvious, but the reality is we need a king to rule over us. Without a king, there is chaos because we live in a fallen world. It’s going to be every man for himself.

But we don’t need just any random person to be king. We need someone who is capable and someone who knows our needs. We need a King who is righteous, just, and merciful.

Jesus is the King we all need. He is not a distant king who rules indifferently, nor is He a tyrant who rules with cruelty. Jesus is a King who rules with perfect love and perfect justice. As the prophet Isaiah described, He is a wonderful Counselor, mighty God, everlasting Father, and the Prince of peace (Isaiah 9:2–7).

God’s kingdom is the hope of all the world.

The world we live in is groaning in pain. Humanity and all creation are crying out for redemption as calamities destroy homes and death separates families.

All around us, we hear news of war, injustice, corruption, and poverty. People long for help and reprieve—only to be dismayed, hurt, or disappointed because no human being is powerful enough to save the world from its misery.

Thankfully, Jesus is both Savior and King who can save us and rescue us from the power of darkness. His rule and reign is characterized by peace, healing, justice, and righteousness. What the world needs right now is an encounter with Jesus and the assurance of redemption when His kingdom fully comes.

For this reason, God is inviting us to join Him in His mission to redeem the world by advancing His kingdom.

Our salvation is not just a ticket to heaven or a free pass to a comfortable life. While Jesus’ sacrifice on the cross granted us eternal life and the promise of a full life, He called us from darkness to light in order to proclaim His excellencies to the world (1 Peter 2:9).

We are ambassadors of His kingdom on earth. The Holy Spirit is the seal of our citizenship, and He empowers us to live out the values of the kingdom we represent.

Over the course of history, we have seen how Christians—filled with a burning desire to reach the broken world and advance God’s kingdom—made significant dents in the world. From abolishing the slave trade and fighting racial inequality, to launching global missions and putting up hospitals and orphanages. We’ve seen the gospel demonstrated as they serve the poor and the needy, while preaching the gospel for souls to be redeemed and nations to be discipled.

Today, we have the chance of a lifetime to be world-changers and kingdom-movers in our own generation. It is our turn to slay our own giants, through the power of the Holy Spirit, and forcefully advance God’s kingdom in the midst of this present darkness.

Who knows but perhaps you were born into this world and called into God’s kingdom for such a time as this? 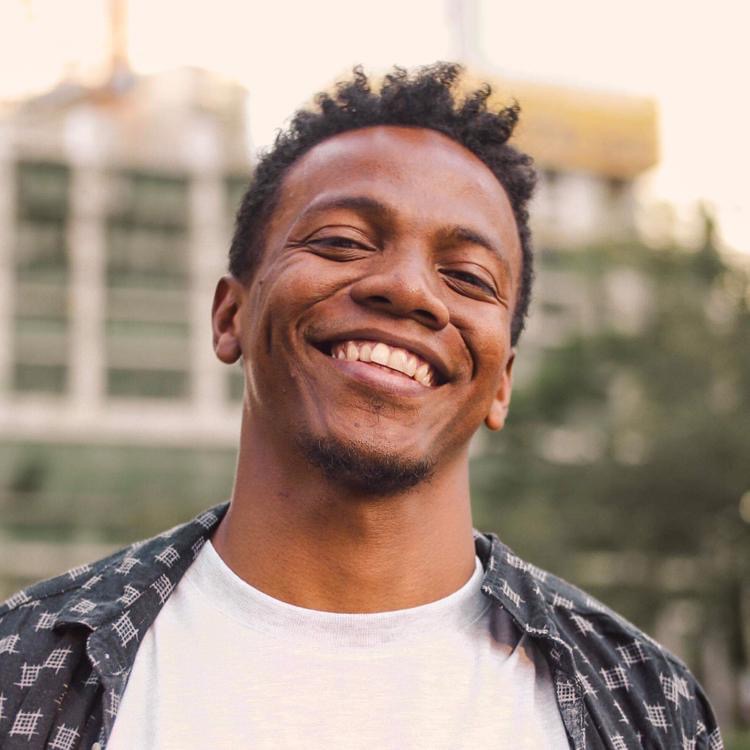 James is a campus missionary in Every Nation Campus Pasig–Estancia. He is married to Dindi and has a daughter named Brave. He loves working out and reading manga. He has always dreamed of becoming Spiderman when he was a kid.