Worldview Matters: What does the Bible say about participating in elections?

Our worldview affects the way we live and the decisions we make. As Christians, we will be confronted by worldviews that can be contradictory or only partially in agreement to the biblical worldview. We need to be able to resolve conflicting or incomplete views through the light of God’s word. Today, we talk about what the Bible says about voting and why it is important to participate in it. Human value has become subjective based on varying factors: economic status, role in society, and public view among others. In reality, back to our origin, human value is the same for all of us—we were formed by God in His image and likeness.

We are not machines, not mere flesh. We’re made in God’s image. Every person made in His image has value and dignity. Each life created in God’s image deserves to be preserved on the basis of God’s ordained value upon each person’s life.

This image reflects the authority and power God entrusts to each of us. How valuable is this image? No one can say except the reality that Jesus Christ had to sacrifice Himself in order to restore it. Precious life was given in exchange for it.

So what is its effect on us as citizens of the Philippines?

Human rights have to reflect the value God has given. Preservation of life has to be evident. This is a time when we need to be ‘advocates’ to preserve our value not just as Filipinos, but most importantly, our value divinely assigned to us by God. This is why we need to be part of nation-building to advocate for this value to be preserved.

But why must we be involved in the elections?

If the Bible has an obvious inclusion in the narrative, that’s national or tribal leadership. God used Moses to bring an enslaved sector of Egypt out of injustice. That required his God-directed leadership to move them out of where they were. Various kings and prophets have led people to either worship God or not in the Old Testament. In the New Testament, God elected twelve apostles to carry on the mission with His Son, Jesus Christ. However, not all leaders want to carry out God’s purpose. Caesar, for instance, wanted to be worshiped over God.

As citizens of the Philippines, we have been given the role to participate in a political structure such as ours, where we can vote for the next leaders of our nation. As Christ’s followers, it requires for us to prayerfully participate in it not because we are afraid for what’s to come, but, by faith, we take part to advocate for human value.

Our vote is a statement that we are still participating in God’s work to redeem His people in this nation and in particular the people groups who would benefit much from good governance: the poor, the suffering, the ones suffering from injustice. All of us, especially these people groups, will benefit from a good government.

When we see their God-ordained value, we begin to have the zeal to get out of our comfort zones and take part in nation-building. It is when we realize their value has to be restored that we can’t tolerate darkness to rule, so we declare and work toward God’s kingdom, which embodies shalom (peace and wholeness) here on earth as it is in heaven.

How can we participate in bringing shalom to our nation?

As citizens of God’s kingdom, we have a responsibility to honor God by serving our nation, and one of the ways we exercise this is by voting. While we may not be able to know who the perfect candidate is—because there’s none—we can prayerfully choose who may potentially be used by God to bring His kingdom here on earth as it is in heaven.

When you exercise your right to vote, you have advocated for the dignity of the poor and the oppressed—for them to be given due attention as is required by their God-given value.

“Learn to do good. Seek justice. Help the oppressed. Defend the cause of orphans. Fight for the rights of widows.” 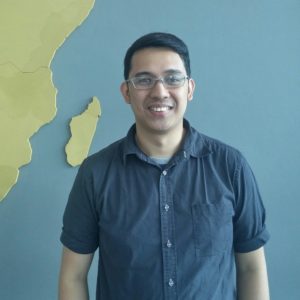 Job has acquired a new skill recently: writing blog articles with 300 words or less. He is passionate about kingdom work and always has a running movie in his head. If he were not a campus missionary of Every Nation Campus Fort Bonifacio, he would have been a movie producer or a social worker. He and his wife, Its, have two hyperactive sons, Caleb and Zaiden, who give them a workout each day.

Trusting God in Your Calling: To Stay or To Go?

Transitions are inevitable, but because every transition calls for change, we are not comfortable with them. Yet they are perfect opportunities to trust God rather than to depend on our own plans, capacity, and timeline.